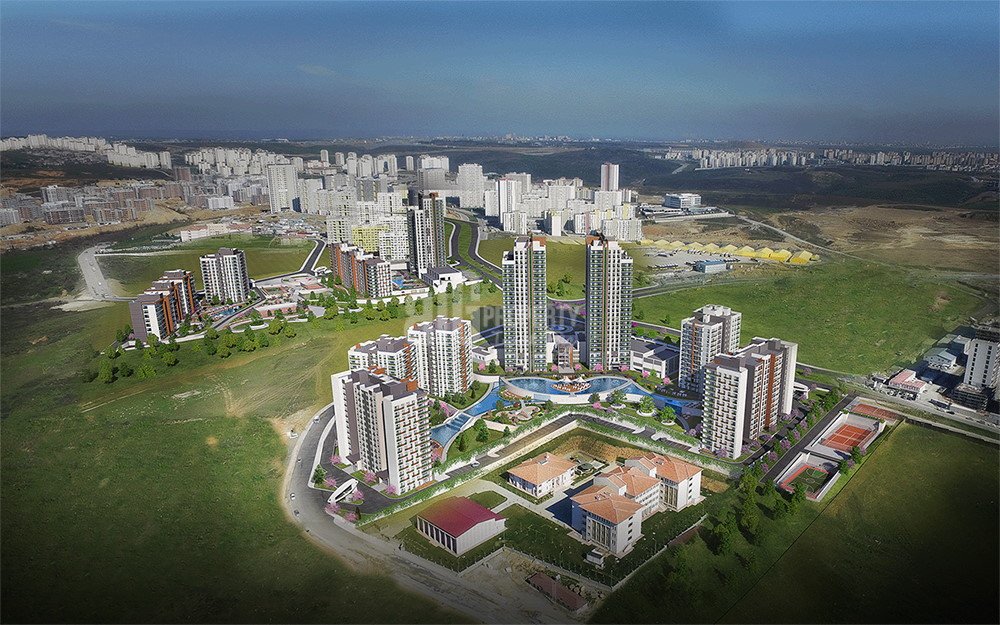 Basaksehir Real Estate Market Information: The project is located in Basaksehir region, it considers as one of the most important investment areas in Istanbul, as the region is known for its calm and elegant population, in addition to the permanent continuous development in it. Basaksehir is one of the most favorite region in istanbul for Arabs and Turks. That is because it is known for conservative residents and has a safe public atmosphere.

The region was supervised by the Turkish AK Party, as the party seeks to make the region one of the most important center in Istanbul Also sometimes its called “New Istanbul”, as it is famous for its huge and mega projects that will make the region soon a huge investment center. The price per square meter of real estate at the beginning of 2020 reached 4,485 Turkish liras from what was in 2012 at the price of 1,800 Turkish liras, where the price has been nearly doubled 3 times and the price is still rising.

Basaksehir Apartmens Location: Basaksehir is located on the E80 road, which is one of the most important roads in Istanbul, where it is possible to go to areas such as Maslak or Top Kapi. Also, a road connecting it to the Basin Express Road, and it is well known that most important  hotels and huge commercial places are exist on it. Also the road connects the area with MahmutBey district, Kucukcekmece, Yeni Bosna, and the E5 road . In addition to the metro line, which is located in the center of the important parts in Basaksehir and passes to the important areas. The distance between Basaksehir and the new Istanbul Airport only 30 km.

Basaksehir Properties Term in Services and life facilities: Basaksehir region is characterized by huge and multiple services that make it different from the rest of Istanbul and that attract most investors to invest in it. Moreover Basaksehir is known with the very famous Mall of Istanbul, which has many famous worlds- brands, and it consider the first place of foreigners to go for shoping. In terms of services, it has a huge botanical garden that includes many types of rare and beautiful flowers. On the medical part, Basaksehir has the largest medical city in Turkey and Europe it is equipped with 2,600 beds. Regarding the commercial side, Basaksehir has a significant commercial square, which is larger than Taksim Square and more in the number of stores. All those and more in Bashksehir region.

Demographic Situation of Basaksehir İstanbul: for the last decade the demographic of Basaksehir has changed significantly. As we explain before the development in Basaksehir region was a previous plan of the government to make Basaksehir the new centre of Istanbul. That is why we always see new Real estate buildings and projects, the ongoing construction projects In the area never stops. That encourage the investors to move their investment to Basaksehir as it will be a new Istanbul centre with new Real estate projects and suitable prices for everyone. Basaksehir population is 460.259 with an average age 29, and men are %50 women are %50 , and marriage statues is %44 is married %56 is single.